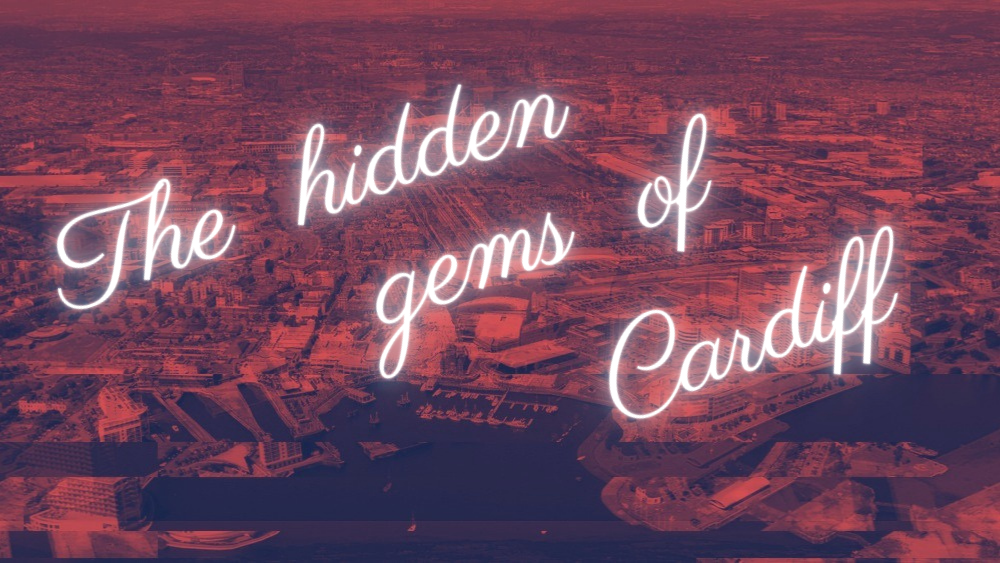 The Hidden Gems of Cardiff

Cardiff is a city of great hidden attractions, many of which may be unexplored because of their distance from the city centre. Even though their locations may be far from the city’s main tourist attractions, this does not mean they are any less tourist worthy attractions as that of the Roman bricked Cardiff Castle for example.

Cardiff today is known as the stunning capital of Wales, a city of many arcades, a large castle in its centre besides a fancy shopping centre and well known for its Victorian market. However, there is much more to Cardiff than the Castle or Queen street and Cardiff Bay.

Here I will list 10 Attractions in Cardiff and its close surrounding areas that would attract all ages to explore. 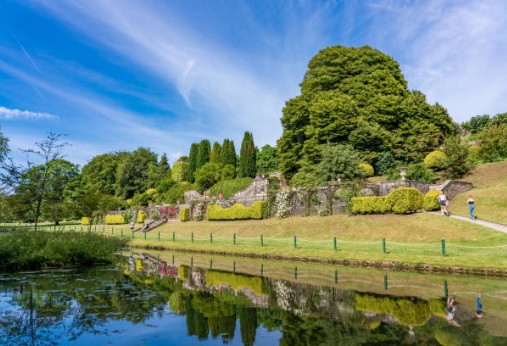 Museums are usually known to be indoor buildings showing great historic artefacts throughout the ages however at St Fagan’s National Museum of History, the exhibition also resides outdoors where plots of the museum park hold as many as 40 unique buildings spanning 6,000 years of different eras of architectural history and ways of living in Wales. The Museum invites you to enter different buildings and explore the building interiors as a Celtic villager, a Viking settler or as a medieval Welsh peasant each presented with their handcrafts and lifestyle in display. It is therefore no surprise that it was also voted as the best museum in the UK in 2019.

The museum grounds mentioned above lay inside the walls of the St Fagan’s castle, the castle is administrated by a large 16th century mansion surrounded by high castle walls and equipped with heavy armour of the era. It’s one of the finest Elizabethan era buildings in the UK and its beautiful gardens add to its endless elegance. 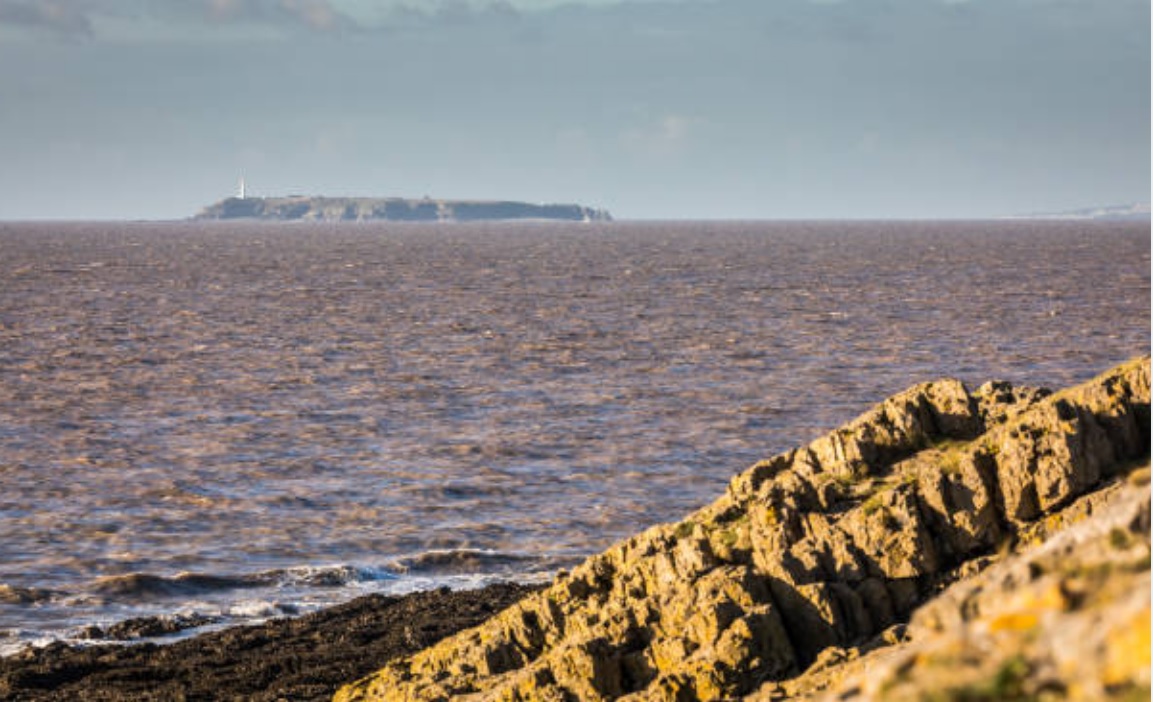 Approximately 6km off the coasts of Cardiff lays the small sized Flat Holm island. The island has a very rich history for its size and has served as a refuge for many different civilizations with artificial evidence found since the bronze age. The island is also home to many visits from the disciples of Saint Cadoc during the 5th century AD. It's recent history since the 1700s started with the building of the Flat Holm lighthouse starting a new era of construction on the island. The 1800s saw many military fortifications set up in the island for its strategic location at the Bristol Channel including gun emplacements for sea defence and the start of the Bristol Channel mission. After the building of the Palmerston forts, the 1890s presented itself with the building of the isolation hospital which hosted many patients of cholera brought in from the port of Cardiff at the time.

Just north of the village of Dyffryn, west of Cardiff lay two ancient burial chambers dating as far back as 6,000 BC. The chambers of St Lythans and Tinkinswood have very similar and elder features and planning as that of the famous Stonehenge. The Tinkinswood burial chamber also happens to be the largest capstone in all of Europe with a mass weight of 40 tons. The two burials however lay in opposite sides from the Dyffryn House and its stylish Victorian gardens which houses grand botanical gardens styled in both Chinese and other oriental styles. The fountain filled fields are also designed to Chinese architecture and the garden contains Japanese God statues and many other cultures. The house built in 1595 is protected by the national trust and is considered a national British treasure.

First built by the Normans over a thousand years ago, Castle Coch or 'Red Castle' elevates high above the Village of Tongwynlais overlooking the Taff river and Cardiff from the hilly tops of the Fawr forest. The Norman castle was originally destroyed during the Welsh Rebellion of 1314 and later on rebuilt in 1848 by the third Earl of Bute, John Stuart using the original Medieval remains and designs of the Norman castle. The Castle now stands on the entrance to the Fawr Forest trail from which the city centre of Cardiff can be seen in the distance raising from the Taff River Valley, both the view and the castle presents beautiful panoramic and ﻿worthy sights for any photographer to capture.

A post shared by Make the most of it (@eolaofficial)

Not far from the urban city centre of Cardiff and right next to Fairwater Park lays another world covered in snow. The Cardiff Ski and Snowboarding centre contains a perfectly shaped slope for ski and snowboarding for both beginners to learn the basic skills to get started and for the more experienced to enjoy themselves. It comes ready with a variety of equipment and protective clothing. Who needs the Alps when you can ski, snowboard or tube (in the summer) inside the city of Cardiff? The pricing is quite cheap for freestyle entry unless you book for private lessons.

The woodlands of Fforest Fawr spreads across several hills and small canals besides the river Taff just north of Cardiff. The forest trail starts from the village of Tongwynlais below the hill and raises up through the red castle of Castle Coch and raises evermore across scenic views of Cardiff from above. Along the sculpture filled trail lays the entrance to the caves of the three bears. The woodlands offer great experiences for mountain biking or family strolls towards the Taff wells in the end of the trail north of the castle.

Located just north east of Cardiff by the forest of Coed Craig Ruperra the 4-tower sided castle built in 1626 is best known for its housing of King Charles I at the battle of Naseby twenty years after its construction as a mock castle. Its known as a mock castle as its built as a residence instead of a medieval military fortification. Despite its many fires and its rebuilding in the 18th and 19th century the castle in its current form was destroyed once again by a fire during the second world war as it hosted the British army at the time.

If connecting with nature, enjoying a bit of entertainment, picnicking and feeding the wildlife while at it is your preferred method of enjoying your day then its best you head to the Welsh southern coastal farmlands halfway between Cardiff and Newport where the Walnut Tree Farm Park will await you. Its perfect for a family day where one can stroll besides many different types of animals and take care of them. From llamas to donkeys the farm park will not disappoint even the most adventurous amongst you whilst eying up the go-karting tracks or riding the horses by the stables nearby. Visitors also often take country walks to the fishing lakes to fish and picnic by the animals ﻿roaming freely in over 80 acres of land.

A post shared by The Best of Cardiff (@thebestofcardiff)

Barry Island located on the coast by Barry is usually best known for its many pristine beaches such as Jackson’s Bay and the more iconic beachy Whitmore bay which is best known to host the Barry island pleasure park which contains well over 30 different rides such as the most famous log flume ride. Many Arcades, shops and restaurants surround the park which is only just across Barry Island train station. Only a 30 minute short journey via cheap train rides from Cardiff Central will link you and the ruined remains of Barry Castle. It’s also just a walk away from the Atlantic Berry Island rocky cliff head apart by Whitmore bay.

Take a Walk Down Park Place

The Story of Dinas Emrys
Popular