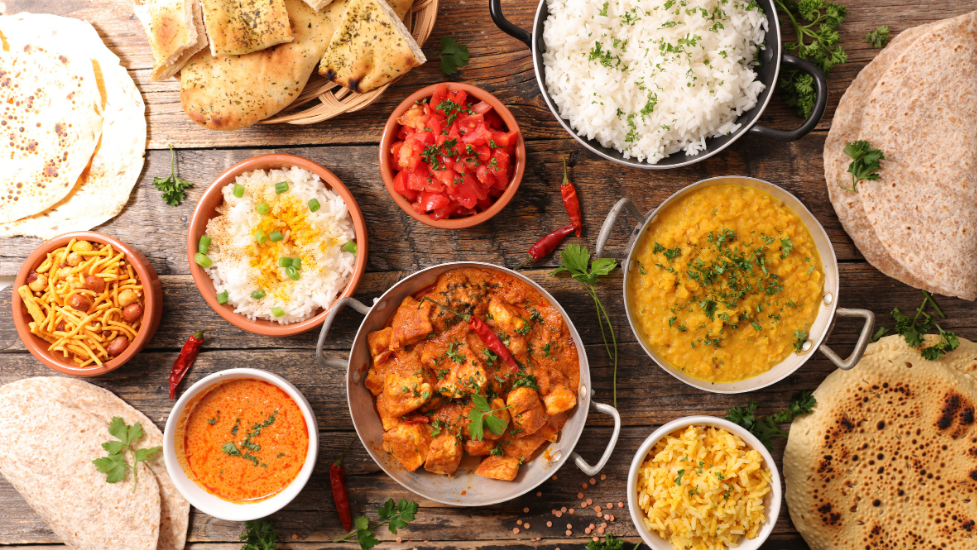 The largest exporter, producer, and consumer of spices is India. Food in India is embedded in our culture which changes across the 29 states. It has the highest number of vegetarians in the world, however, the cuisine is not limited to only spices and vegetables. Its diversity spans more than seafood, mutton, goat, pork, poultry, and beef, even though Muslims avoid pork and Hindus avoid beef due to religious and cultural aspects. Regardless of the diversity, Indians believe that families must eat together to maintain a strong family bond. A typical Indian family ‘sits down’ together to enjoy the family bonding. We believe in eating with our hands and avoid using cutlery to increase our awareness of our taste buds and create a spiritual connection with food. Customarily, a plate consists of chapati, rice, curry, papadum, pickle, and curd. Lentils are also extensively used in our cuisines. The northern states prefer chapatis over rice and southern states prefer more rice dishes. Within the northern and southern states, each state has different dishes and unique recipes of their own, for example, Kerala is known to use more coconut oil over vegetable oil.

Nuts such as cashews, peanuts, almonds, and pistachios help to balance the diet. The variety of food on a plate is called a ‘thali’ which creates a perfect blend of savoury, spicy, and sweets. Traditional Indian cuisine is intertwined with Ayurvedic diets, which is also a major part of our culture and tradition. These diets focus on promoting a healthy lifestyle, improving immunity, creating probiotics, and weight management. Ayurvedic diets vary for women and men catering to the different needs of each body. These diets date back to Bhagavad Gita, the holy scripture of India and Ramayana. It is also influenced by the different conquerors like Alexander, Genghis Khan, and other migrants of Mongolia, Persia, Turkey and other regions. 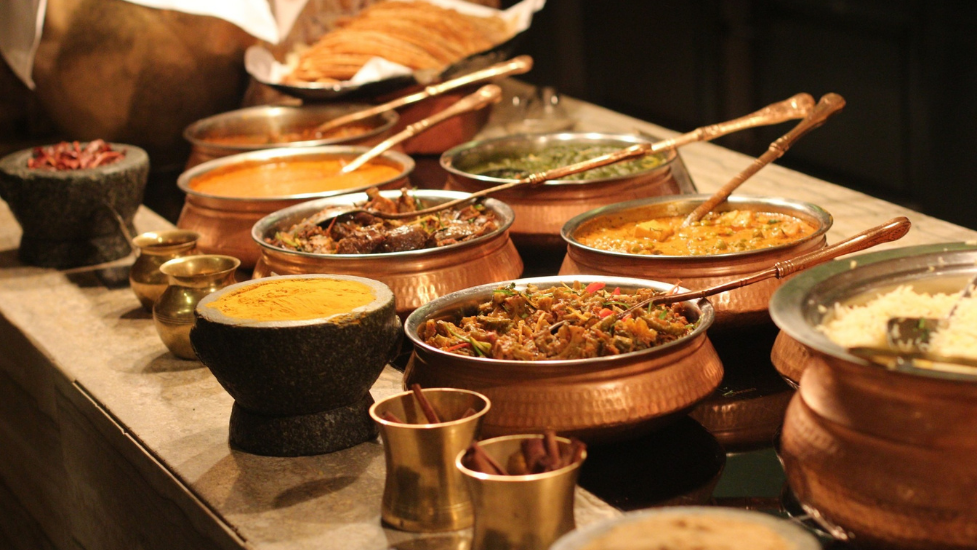 ﻿Moreover, the cuisine changes drastically towards the eastern states such as Assam, Nagaland, Manipur, Meghalaya. The climate also determines the cuisine, their cuisine consists largely of rice and fish, and Manipuri eats traditionally in a banana leaf and cook in bamboo shoots. Their food has little, or no spices and the recipes are unique. Street food is a major part of our culture and changes in each city. However, fast food joints like McDonald's, Pizza hut, and Domino’s are making their way into our cuisines. One can find Indian version of different country cuisines like spicy noodles, burgers, and pizza.